Ch. 3 Sketchbook and Beyond

Hi all,
A few things as we work towards the end of the semester.
First, I have set and published the due date for Ch. 3. As it says in the assignment (yes, please read the text of the assignment), since this is due so late in the semester, you will not have the opportunity to have a re-do after the feedback is submitted to "up" your assessment. There just isn't the time for that.
With regards to Ch. 3, there will not be a "sketchbook check" assignment due date. I will be quite busy helping each of you with your upcoming paintings, and plan to come around and see what you have done (and offer feedback), but there will not be a set date for you to have two complete.
I cannot stress enough that you should work ahead and NOT WAIT until the last minute to begin these four (or five) pieces.

With regards to your sketchbook...
while I always want you to knock it out of the park, have fun, work hard, etc., please really do that here.
Next semester you will see a drastic change in the way we use our sketchbook is used and assessed. The full details won't really matter until January, but the "chapters" that we have been doing each grading period will be gone and it will become more of a working document and place of obvious practice. Stay tuned!

Also, we will be getting in to working with the apple pencil and drawing digitally on the ipad. I love doing this, so I hope it is something you look forward to!

We have a lot to do to make super significant progress on the "large"/cultural tempera painting, so let's use our time well and have fun for these last few weeks this semester.
Posted by Smith at 12:06 PM No comments:

We technically ended a grading period last week.
This means I have to put in comments and make sure your marks are as updated as possible within the next few day.
This is what happened this morning:
Some of your grades dropped because of these changes, but since there is only one g.p. left before the end of the semester I don't want to wait until December to get scores in the gradebook. I'm happy to reassess and make changes as necessary, but come see me in person with the required work to address where I have made any mistakes.

Smile and enjoy your day off :)
I didn't do any school work this weekend so that's what I'm spending my Monday doing.
Sigh. But I did it to myself.
Posted by Smith at 11:08 AM No comments:


As a review it will allow you to draw out your image on newsprint before transferring to your canvas when I return.
Email me your ideas and please don't wait until the last minute.

I know, it's a terrible image for the screen, but the video will be over before you know it, and I'll delete it when I return.

Sometimes coming up with the content can be a challenge.
I know the more straight forward path is to find an image online and just go with that.

Remember, you can always take your own photograph and have your own personal dynamic composition. Referencing the foreshortening images that I sent out last weekend is a great place to start, and I'll put a few other ideas at the end of this message*.

I have tried to throw out a lot of ideas and options, and sometimes we have to just humor ourselves and go through the motions of drawing many different versions out in our sketchbooks to see what might work. As you heard me say many times as you came up with thumbnails in Art 1, your first idea is rarely your best.
You also do not want to have a totally blank or boring background. One immediate thing you can do to help this is to create a foreground and background by putting something in front of your focal point and behind your focal point.
Another fun thing you can think of is to figure out a way that you can play with the perception of proportion by making one object visually appear much larger or much smaller than we would expect them to be compared to something else.
For example: a small bird next to a large donut (that's like 10 times bigger than the bird).

I have to admit that I am pretty uncomfortable with the idea of you drawing your image out on your canvas before I have had the chance to work with you individually. Ideally you would come show me some ideas at tutorial today if I didn't see a workable concept from you yesterday.
If that isn't possible, I'm asking that you email me your idea/sketch/collage/etc. before beginning to draw on your canvas.Not that I have all of the answers, but a few times yesterday I definitely had to say something to the effect of "that won't work". Too often students want to do what they think is the easy thing, but that ends up not being the best option...or easy. Or they think something is funny, but that doesn't always translate into a good painting.
Not everything that works in one media will work in another. I have experience with this, and I'm asking for your trust.
If you have already gotten the "OK" from me, great. I know at least four or five of you have, but everyone else, please let me discuss with you in tutorial or via email.

Once you know what you are doing...
You need to draw your image out on your canvas. Include shapes for light and dark areas just like you were asked to do in the still life drawing...and in the grid drawing from Art 1. Be specific, but actually, not quite as specific as in the grid drawing. The concept is the same but because it will be a painting you don't have to be quite so detailed.

There is a portion of the module that will walk you through how to get a 2" grid on your 16x20" canvas if you need it. If you have a photo or digital collage on the ipad, use the "grid" app to get a grid of squares so that you have 8 and 10 in your columns/rows.
If you can't figure out how to use the app, try doing a google search. That usually clears things up pretty quick.

You do not have to grid the image, but most do.
Now, you can approximate a grid by simplifying it.
To do this I would draw a diagonal through the corners of my canvas (and my image), and then follow that with vertical and horizontal lines and then use those pie shapes to get my proportions more accurate. It's just a simplified version of a grid, and you can see kind of what I mean below. 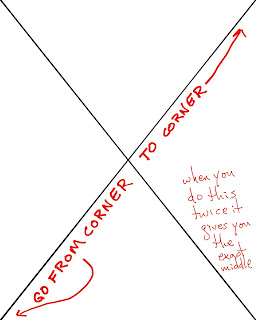 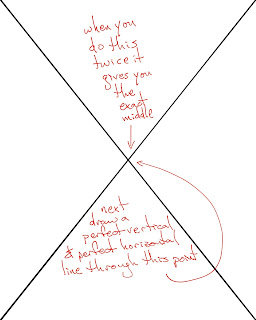 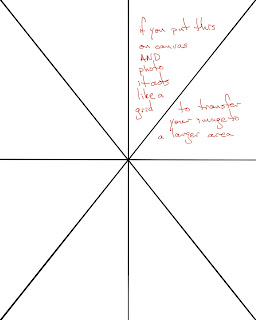 *student created images that could give you ideas of what to create for yourself;
remember to pay attention to composition and use of light and dark 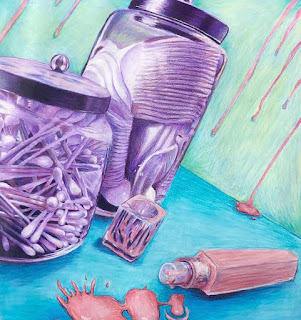 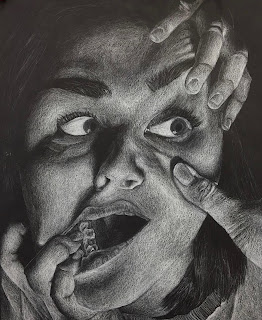 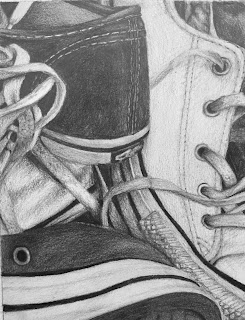 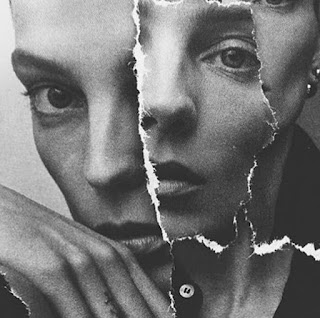 I know this seems like a lot, but honestly, as I was thinking about this project, and the ones that you were all able to create in Art 1, I know you have it in you to go far. Your ability and ideas are superior, and the only thing I wish there was more of is time to work as a small group and also one-on-one to make your initial drawing/idea as great as possible.
I'll do my best to be available via email though! Did I mention that yet ;)

But remember back to how you set up your first tempera painting last year, and think about how this is pretty much like that, but it's in oil, and you are using photo references for pretty much everything.

Also remember that if you take your own photo, or have a family photo as Annelise did in class...this works.
Yes, I still want you to show it to me so we can make sure the composition and values will translate, but that route is completely doable for this project!
I've had many students use photos of their own pets - and you can see this in the folder of examples via Canvas. Have a photo shoot with your dog/cat. Have fun!